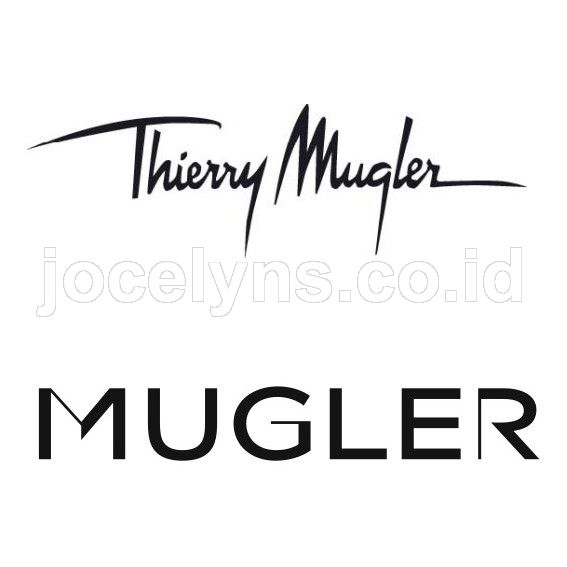 Thierry Mugler is a French fashion designer and photographer known for his 1980s power fashions and widely credited
with introducing a new fragrance trend or category—gourmand—in the 1990s.
Mugler originally trained as a dancer and worked professionally starting at age 14. After studying interior design, he
moved to Paris at at age 24 and began working as a window dresser and freelance designer. His first personal collection
for women was produced in 1973. Mugler opened his first Paris boutique and also launched a menswear collection in
1978. His style is distinguished by its futuristic shapes and fantasy elements.
Mugler's first fragrance, Angel, was introduced in 1992 and set the fragrance world on fire with its unabashed sweet and
foodie notes. Hugely influential on the perfume industry of the 1990s, with influences extending into the 21st century,
Angel continues to be a best-seller with both women and men, and was inducted into the Fifi Awards Hall of Fame in
2007.
Mugler's first official scent for men, A*Men, was introduced in 1996.
Angel and A*Men have inspired dozens of flankers, along with Alien, another best-seller introduced by Mugler in 2005.
Mugler's fragrances are offered in conjunction with Clarins Fragrance Group.
Designer Mugler has 139 perfumes in our fragrance base. The earliest edition was created in 1992 and the newest is
from 2018. Mugler fragrances were made in collaboration with perfumers Christophe Laudamiel, Alberto Morillas, Jacques
Huclier, Quentin Bisch, Christine Nagel, Dominique Ropion, Laurent Bruyere, Veronique Nyberg, Pierre Aulas, JeanChristophe
Herault, Olivier Cresp, Yves de Chirin, Aurelien Guichard, Amandine Clerc-Marie, Dorothee Piot, Louise
Turner, Francoise Caron, Daphne Bugey, Christophe Raynaud, Marie Salamagne, Nathalie Feisthauer, Olivier Polge,
Alexis Dadier, Fabrice Pellegrin, Nathalie Lorson, Domitille Bertier, Mane, Ralf Schwieger and Serge Majoullier Thomas Carlyle Ford, better known today as Tom Ford, is an American fashion designer and film director. Initially trained
as an architect at Parsons School of Design, Ford spent a year working abroad at an internship for fashion house Chloé
and developed a feel for the fashion industry.
Ford concealed his architecture background and displayed considerable personal charm in his pursuit of a job in the
fashion industry. His first position was with American designer Cathy Hardwick. He accepted a position with Perry Ellis,
but knew better prospects were available in Europe. Prestigious Italian fashion house Gucci was struggling at the time,
and Ford accepted a position in Gucci's women's Ready-to-Wear division in 1990. Ford achieved considerable success at
Gucci, eventually heading up multiple divisions before being named Creative Director in 1992. Ford's efforts were pivotal
in Gucci's turn-around. The company was nearly bankrupt when Ford joined the organization, but when he left in 2004,
the company's value had more than doubled. During Ford's tenure with Gucci, the company acquired Yves Saint Laurent,
and Ford created provocative, controversial and highly successful ad campagins for YSL fragrances Opium and M7.
These ads were an early indicator of Ford's future direction.
Tom Ford returned to the U.S. and announced the creation of his own brand in 2005. The company offers fashions,
accessories and eyewear, and is known for its sexually-charged advertising. Ford also formed a partnership with Estee
Lauder that same year, for the development of fragrances and cosmetics. The first fragrance produced under this alliance,
Black Orchid (2006) was an immediate success. A series of successful fragrances for men and women have since been
launched, along with a prestige line, Tom Ford Private Blend, whose first fragrance was Purple Patchouli in 2007.
Ford's career took an unusual turn in 2009 when he directed his first film, "A Single Man," which was well-received by
critics and filmgoers and earned a number of awards and nominations for the director and actors.
Designer Tom Ford has 80 perfumes in our fragrance base. The earliest edition was created in 2006 and the newest is
from 2018. Tom Ford fragrances were made in collaboration with perfumers Rodrigo Flores-Roux, Yves Cassar,
Givaudan, Calice Becker, David Apel, Sonia Constant, Yann Vasnier, Shyamala Maisondieu, Antoine Maisondieu, Harry
Fremont, Honorine Blanc, Clement Gavarry, Shyamala Maisondeau, Richard Herpin, Nathalie Gracia-Cetto and Olivier
Gillotin. 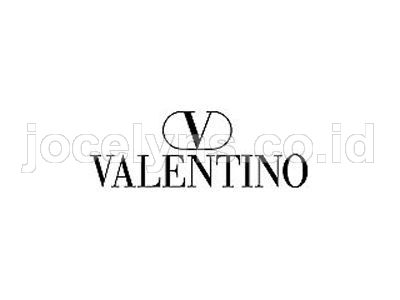 Valentino showed an early aptitude for fashion, apprenticing under an aunt and a local fashion designer in Voghera.
Furthering his education in France at the École des Beaux-Arts and the Chambre Syndicale de la Couture Parisienne.
Working as an apprentice at Jacques Fath and later Balenciaga, Jean Desses and eventually Guy LaRoche. Valentino
returned to Italy in 1959 to set up his own shop.
Capitalizing on what he learned from his time in Paris, Valentino established his company in great style. He earned praise
for his red dresses, to the point that the fashion industry still refers to a particular shade of the color as "Valentino Red."
Making his international debut in 1962, Valentino was now on the map in the fashion world and began to dress a wealthy
and important clientele from around the world. Elizabeth Taylor, Audrey Hepburn and Princess Margaret were among his
clientele, and he designed a series of six dresses which were worn by Jacqueline Kennedy in her year of mourning
following her husband's assassination. Valentino would go on to design the wedding gown she wore for her marriage to
Aristotle Onassis.
An all-white collection which was also the debut of Valentino's signature "V" logo earned praise and accolades in 1966,
and Valentino was awarded the Neiman Marcus Fashion Award in 1967.
An enduring success who is considered by many to embody the essence of Italian couture, Valentino has clothed the rich
and famous and seen his empire spread to more than 70 countries. Valentino and his partner sold the company in 1998,
and Valentino announced his official retirement from the industry in 2007, with a January 2008 show to be his last
collection. Many of the top models who had worked with the designer over the years returned to model for the last show.
Since 2008, the company has been under the creative direction of Maria Grazia Chiuri and Pierpalo Piccioli, both of whom
had worked with Valentino for more than a decade.
Fragrances have been offered by the Valentino company for a number of years, first in partnership with Procter and
Gamble, and as of 2010, with Puig.
Designer Valentino has 35 perfumes in our fragrance base. The earliest edition was created in 1978 and the newest is
from 2018. Valentino fragrances were made in collaboration with perfumers Givaudan, Antoine Lie, Cecile Matton, Ilias
Ermenidis, Francoise Caron, Alberto Morillas, Olivier Cresp, Alexis Dadier, Hamid Merati-Kashani, Daphne Bugey,
Fabrice Pellegrin, Aurelien Guichard, Sonia Constant, Antoine Maisondieu, Olivier Pescheux, Julien Rasquinet, Olivier
Polge, IFF, Edouard Flechier, Daniela (Roche) Andrier and Harry Fremont. Yves Saint Laurent is the French fashion house founded by Yves Henri Donat Mathieu-Saint-Laurent. The house and
designer are often abbreviated as YSL.
Laurent's career in fashion began at the tender age of 17, when he served as assistant to Christian Dior. With Dior's death
four years later, Laurent was named head of the house of Dior at just 21 years of age. Still a young man when the
Algerian War of Independence broke out, Laurent was drafted into the army in 1960 and lost his position at Dior. Military
service and despair over the loss of his design position resulted in a hospital stay. After a brief period of recuperation,
Laurent started his own fashion company and went on to become one of the most influential fashion designers of the
1960s and 1970s.
Laurent became known for his exquisitely-tailored women's suits, and is credited with creating the first women's tuxedo.
The first designer to announce his expansion from couture into ready-to-wear, he is credited with making chic ready-towear
fashions available to the mass market, and for making ready-to-wear a reputable business for designers. Laurent's
ready-to-wear line was sold in boutiques named Rive Gauche, which would later be commemorated with a perfume.
Yves Saint Laurent remained active as the collection's main designer through the late 1980s. After his retirement, a series
of designers including Alber Elbaz, Tom Ford and Stefano Pilati have produced collections for the brand. Yves Saint
Laurent passed away in 2008.
Cosmetics and perfumes have long been included in the designer's offerings. The house's first fragrance, Y for women,
was launched in 1964. Y and several other launches by YSL, including Rive Gauche (1970), Opium (1977), men's scent
Kourous (1981), and Paris (1983) have become modern classics of the perfume world and remain best-sellers. The
company continues to earn new fans with contemporary releases such as Baby Doll (2000), Elle (2007) and La Nuit de
l'Homme (2009). YSL offers fragrances in conjunction with L'Oreal Group.
Designer Yves Saint Laurent has 193 perfumes in our fragrance base. The earliest edition was created in 1964 and the
newest is from 2018. Yves Saint Laurent fragrances were made in collaboration with perfumers Karine Dubreuil, Jean
Amic, Ralf Schwieger, Cecile Matton, Jacques Cavallier, Olivier Cresp, Jean-Claude Ellena, Jean-Francois Latty, Pierre
Bourdon, Annick Menardo, Nathalie Feisthauer, Michel Girard, Olivier Pescheux, Anne Flipo, Pierre Wargnye, Dominique
Ropion, Olivier Polge, Carlos Benaim, Juliette Karagueuzoglou, Juliette Karagueuzoglo, Quentin Bisch, Calice Becker,
Alberto Morillas, Amandine Clerc-Marie, Fabrice Pellegrin, Julie Masse, Ilias Ermenidis, Carlos Benaïm, Hamid MeratiKashani,
Honorine Blanc, Mathilde Bijaoui, Marie Salamagne, Loc Dong, Harry Fremont, Dora Baghriche, Nathalie
Lorson, Jean-Louis Sieuzac, Raymond Chaillan, Sophia Grojsman, Laurent Bruyere, Sophie Labbe and Daniela (Roche)
Andrier. 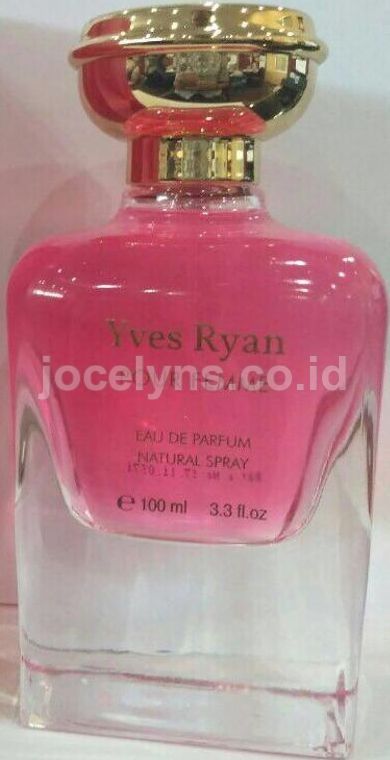 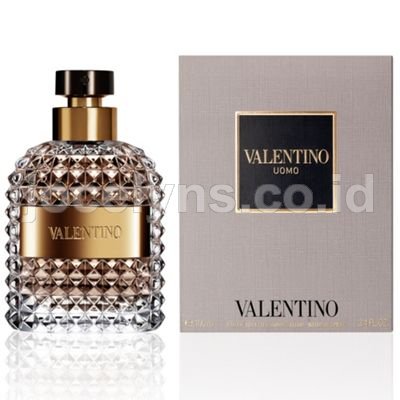